To celebrate our 5 year anniversary, I made a Boston Creme Pie French Toast for me and Alex for brunch. It doesn't feel like we've been married that long, but in other ways, it's not surprising. I hardly remember when I didn't test recipes for this website - and Alex and I have been married longer than that!

This French toast wasn't difficult to make overall. It's true that there's 3 components - French toast, creme, and chocolate sauce - but I completed the more complicated part of the prep (making the creme) the night before. The breakfast was certainly rich and decadent, but totally worth it. 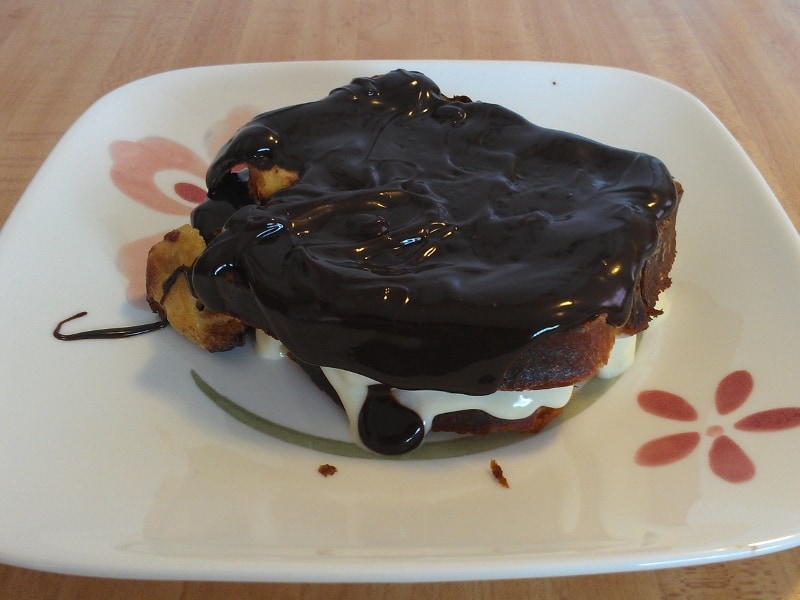 This was incredibly rich and delicious. I don't have Boston Creme Pie very often, but Alex noted that it did taste just like a Boston Creme Pie donut. I loved the combination of warm French toast with sweet vanilla and rich chocolate. My creme was not as thick as it looks in the original recipe, so it oozed out the sides on the first sandwich I made. I used less for my second sandwich, but this made the creme disappear in some areas. I served extra creme on the side for dipping, which was a fantastic idea. I also served it with strawberries on the side, which were delicious vehicles for vanilla creme and chocolate sauce. 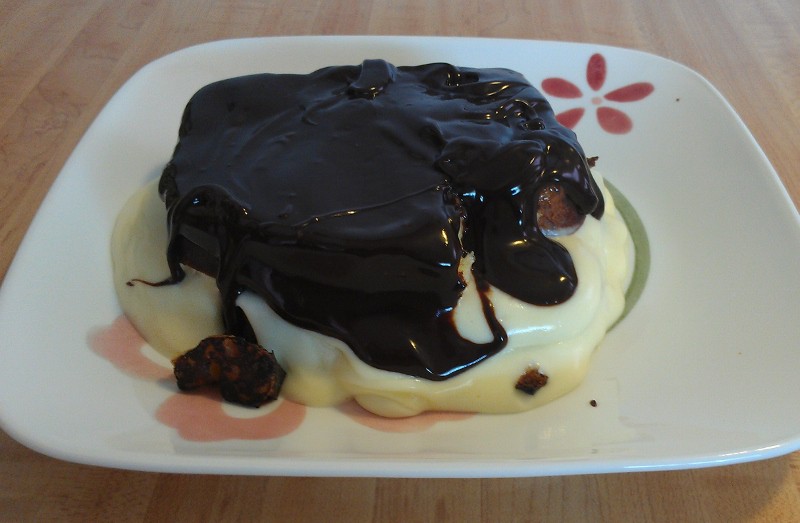 The pastry creme I made was delicious, but I would have been happy enough just layering the French toast with the base pudding without mixing in the whipped cream. The whipped cream lightened the pastry creme texturally, but I'm not sure if it was worth the extra calories or slight amount of additional work. To make this French toast again, I'd layer it with any vanilla pudding I wanted. Brioche was perfect in this, and the chocolate sauce worked wonderfully. I'll definitely do something similar to this for other special weekend breakfasts. 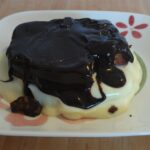 This incredibly rich and decadent breakfast is perfect for a special occasion.