For our 5th wedding anniversary, Alex and I went to bourbon country. Kentucky was beautiful, even in mid-March, with withered grass and no signs of green. We sampled lots of different bourbon; Alex and I know what qualifies as a bourbon by heart now.

We completed all eight stops on the Kentucky Bourbon Trail (they should give you a free t-shirt if you do!), as well as visited Buffalo Trace Distillery, which was both free and one of my favorite tours. Four Roses Distillery also had a nice (and free!) tour, and Jim Beam and Woodford Reserve were also among my favorites. Thanks to the Bourbon Trail, we discovered that Lexington Brewing Company also distills bourbon, and that was a tour stop I'm glad we made. We also went on a tour of the Kentucky Cooperage, where barrels are made - still mostly by hand!

You know it's a good vacation when you're not ready to head back home. I sought a bourbon-themed cookbook, A Splash of Bourbon (affiliate link), while in Kentucky, and now that we are back home, I thought I would commemorate our trip by making Bourbon Brioche for Week 13 of Bread. 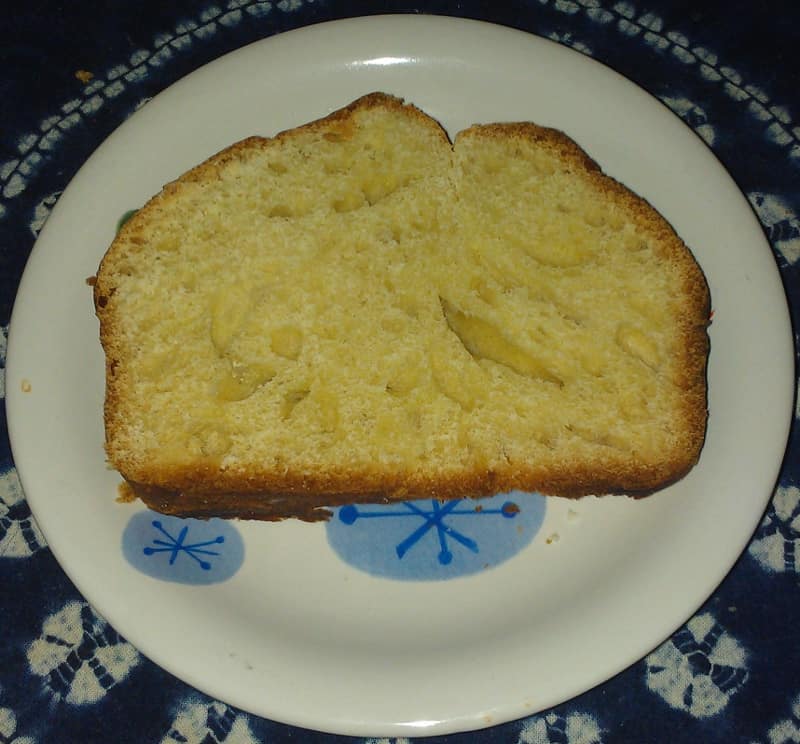 I've tried this recipe twice now. The first time, I was so focused on getting the dough to rise and double in side that I added three times the yeast it called for. I eventually got the rise I wanted out of it, but I also fermented the dough much longer (overnight at room temperature). The dough smelled like sour mash after that - definitely a smell of bourbon! - but perhaps not quite what was intended by the recipe. The bread was still tasty, but I wasn't sure I'd gotten the loaf I'd meant to. I apparently misread the recipe that time as well, and only added half the butter it called for. Oops.

The second time, I decided to follow the proofing instructions roughly as written. I let the dough rise in the warm oven for 4 hours the first time, and another 4 or so the second time. The dough didn't double in size, but it did get a little puffy; I wonder if the high butter content doesn't let brioche rise very well during proofing. The bread definitely rose in the oven (although certainly not as high as triple yeast makes it!) and had good color. 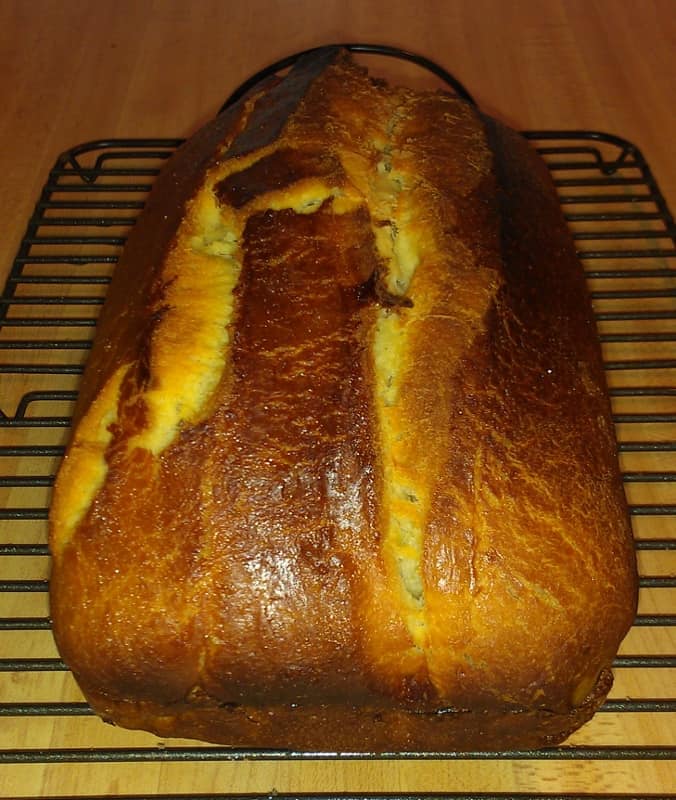 I've never made brioche before, and so I don't have a good idea of how this loaf differs from non-bourbon brioche. The bread was buttery and dense, but I was pleased to see that it did have some lift. It was tender from the butter and eggs, yet sturdy from the lengthy kneading. The bread was sweet, but it also had a twang, something a little different from normal. Alex and I decided that this was the bourbon. If I looked for it, I could detect (or imagine) a hint of bourbon aftertaste.  I wish I could compare this directly to regular brioche. In any case, it was definitely tasty bread and made excellent French toast. I'll make a regular brioche before I make this again, but I think I would try it again with the understanding that it won't rise dramatically during proofing.