I really enjoy it when my friends send me recipes. My friend Kate came across this recipe for gluten-free (and vegan) cinnamon rolls. I really enjoyed the bagels that I made from a recipe from Fork and Beans, so I was happy to try it for Bread Week 17. I am very happy that I did. The cinnamon rolls were excellent!

This gluten-free recipe originally came from Fork and Beans.

Once I got past proofing the yeast, I had no problem making this recipe. The dough came together quickly and was easy to handle. It was a little more difficult to roll up than normal cinnamon rolls, since the dough was stiffer. The dough didn’t rise; I wonder if that’s because I proofed my yeast and it rose so much before I assembled the dough. I added a little vanilla to enrich the dough. 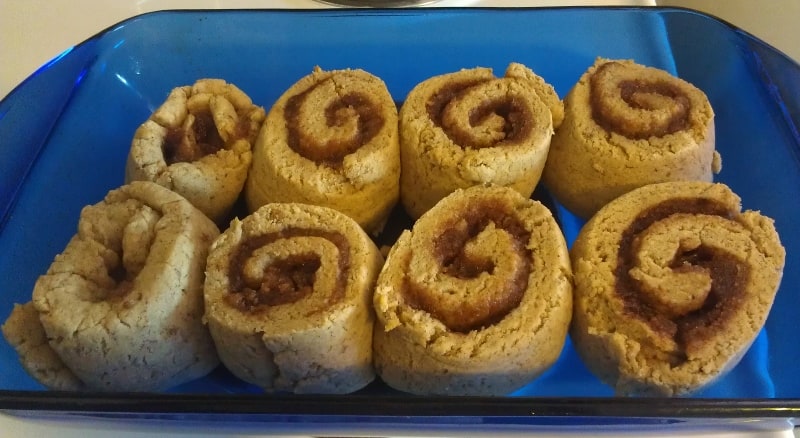 The cinnamon rolls smelled great as they baked. They were surprisingly good. The rolls were moist and tender. The texture wasn’t light and fluffy and bready like usual cinnamon rolls are, since gluten creates that structure. Since the rolls didn’t rise much, they were a little more dense than I expected, but that wasn’t a bad thing. Rather, the rolls were sandy, more like a soft shortbread texture. I found the cinnamon rolls to be very sweet; I would omit the granulated sugar from the filling next time. I was glad that I halved the frosting, as that was the perfect amount for my taste. The overall flavor of the cinnamon rolls was great. 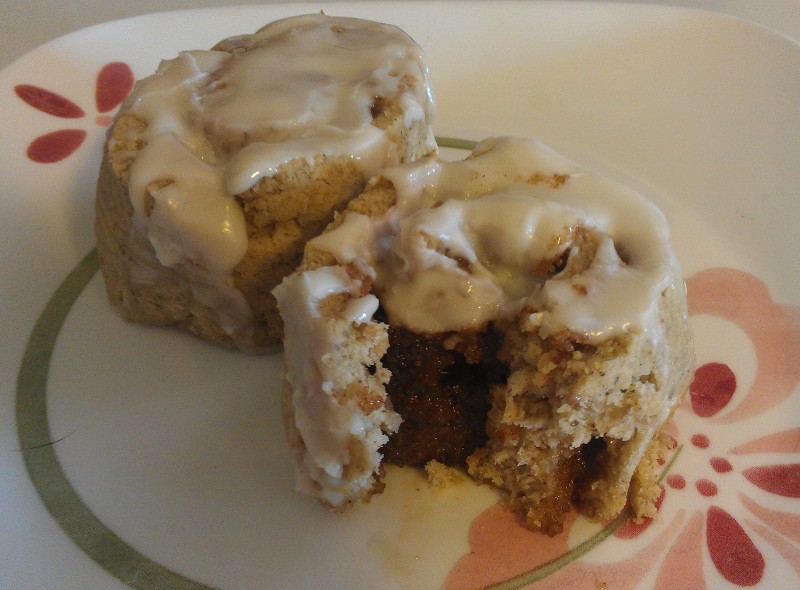 If you want the chewy, pull-apart texture of a cinnamon roll, this might not be the perfect recipe for you. But if you want an otherwise delicious and satisfying cinnamon roll that’s vegan and gluten-free, then you should definitely try this recipe.

Two Years Ago: Blueberry Scones with Lemon and Almond

Tender, delicious cinnamon rolls that are both vegan and gluten-free!

adapted from Fork and Beans