I came across a recipe for them in Gluten-Free Baking Classics (affiliate link), a cookbook I've been reading through. I debated whether or not I should make them for a little while, before deciding that I should go for it, even though it's a gluten-free recipe and I'd never tried them before. After all, this way I get to share Hot Cross Buns with you before Easter! 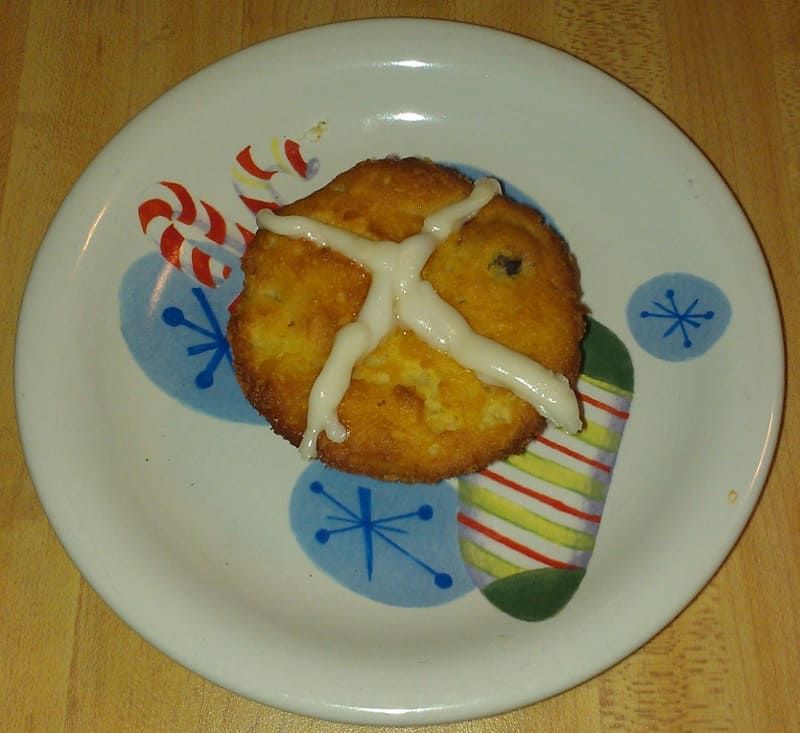 These were pretty good for a gluten-free bread. They were best warmed - in fact, I didn't particularly like eating them cold. I think I overbaked them, which made them a little dry - I think they would have been fine if I'd baked them less.

Clearly, Hot Cross Buns are a vehicle for fruit. Bites with fruit were delicious, but when I ate bites without fruit, I could tell I was eating gluten-free bread. This wasn't unpleasant, but it was a little different than eating a wheat bread. They weren't soft like a wheat bread might be. The buns had some chew to them, and were not crumbly as I had feared they might be; I'm sure it would have been even better if I had baked them a few minutes less. The yeast created a fine crumb and gave the buns a light texture.

Since I overbaked the buns, this was a partial success. I wanted to not notice that the buns were gluten-free, and I only got that part of the time, when there was fruit in each bite. Overall, I enjoyed eating the buns when they were warm, and since I've made things before that I haven't wanted to eat (including gluten-free bread), I consider this to be successful enough. I would consider making this again for a special occasion. 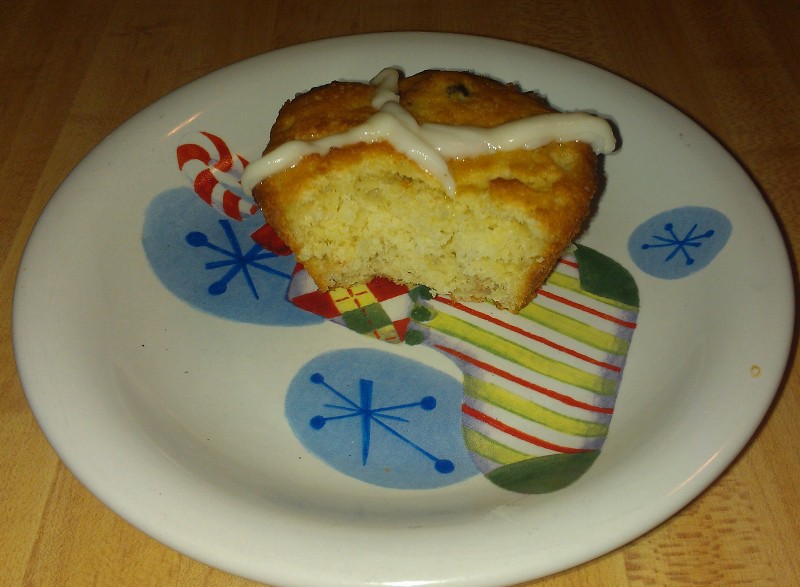 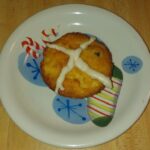