I want to like lentils. They're inexpensive, healthy, and quicker to cook than any beans around because you don't have to soak them. I don't use them often in part because I don't know what to put them in.

I've only made a few lentil soups in the past, and I've generally found them to be boring. The only one I found that I kind of liked had lots of curry powder in it.

Until I tried this Lentil Soup with Lemon.

I come back to this recipe time and time again. It's healthy and delicious, and incredibly simple to make. It also happens to be vegetarian/vegan. It has simple spices (cumin and mustard seeds) and lots and lots of lemon juice. Don't skimp on it.

I originally got the recipe from 101 Cookbooks years ago. It was tasty, but took a few more steps than I liked. Here's my simplified version. It's originally a red lentil soup, but I always use plain brown lentils I find in the grocery store. (That said, the soup in these pictures used red lentils since they were the same price at the store. I also forgot cilantro.) I usually use bottled lemon juice rather than juicing lemons. Often I use frozen spinach (I usually microwave it first) in the soup rather than fresh greens. Since it's a pureed soup, we always serve it over brown rice. We usually get 4+ generous bowls of soup from this recipe. 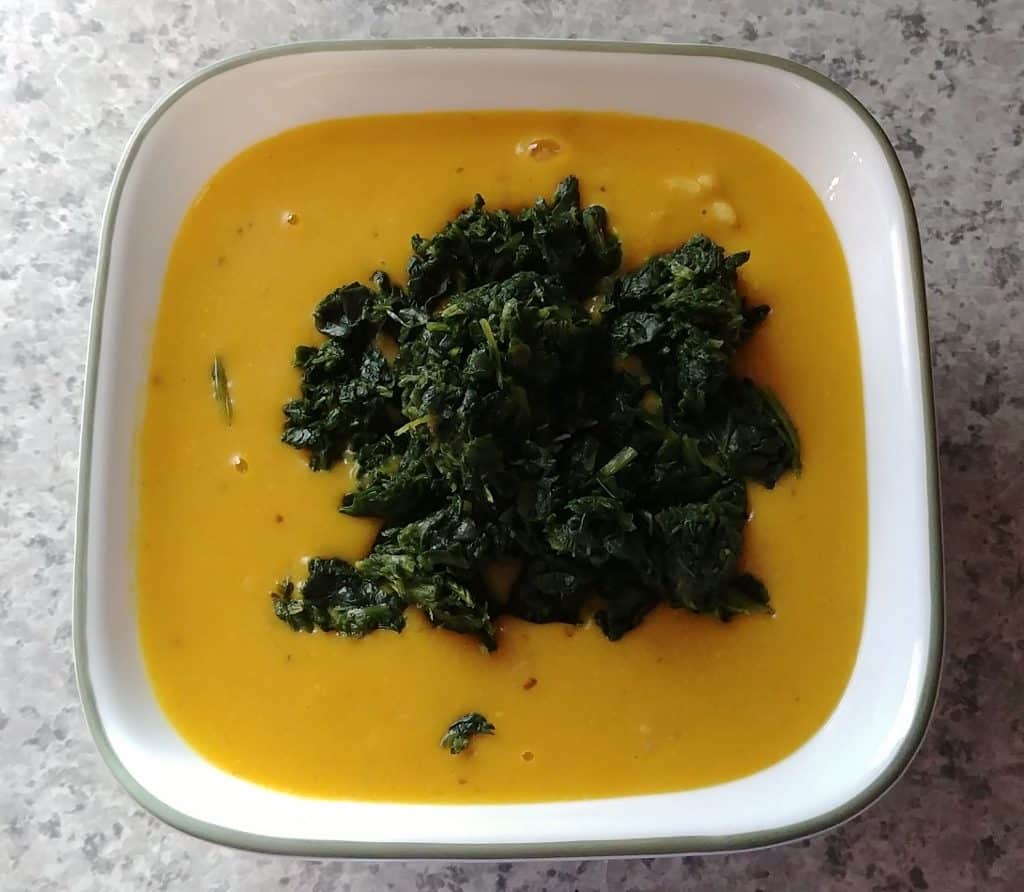 To demonstrate how much I like this soup, and how forgiving it is: Once I didn't have enough lentils, and used chickpeas instead. It reminded me a little of hummus, and it was still tasty. Sometimes I'm out of turmeric, and it turns out okay (although it is better with it). Sometimes I use kale in the soup instead of spinach, and sometimes I forget about leafy greens entirely; the soup still turns out delicious. Sometimes I forget it takes cilantro. Even when I have to make substitutions, I love this soup. 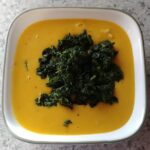