This One-Pan Farro with Tomatoes is one of my favorite new dishes. It's vegan and takes only 10 minutes to prep before putting it on the stove and walking away!

Seriously - you just toss farro, water, tomatoes, onion, and some spices together, bring it to a boil, reduce it to a simmer, and set your timer to let you know when it should be done. Healthy dinner for two could hardly be easier. 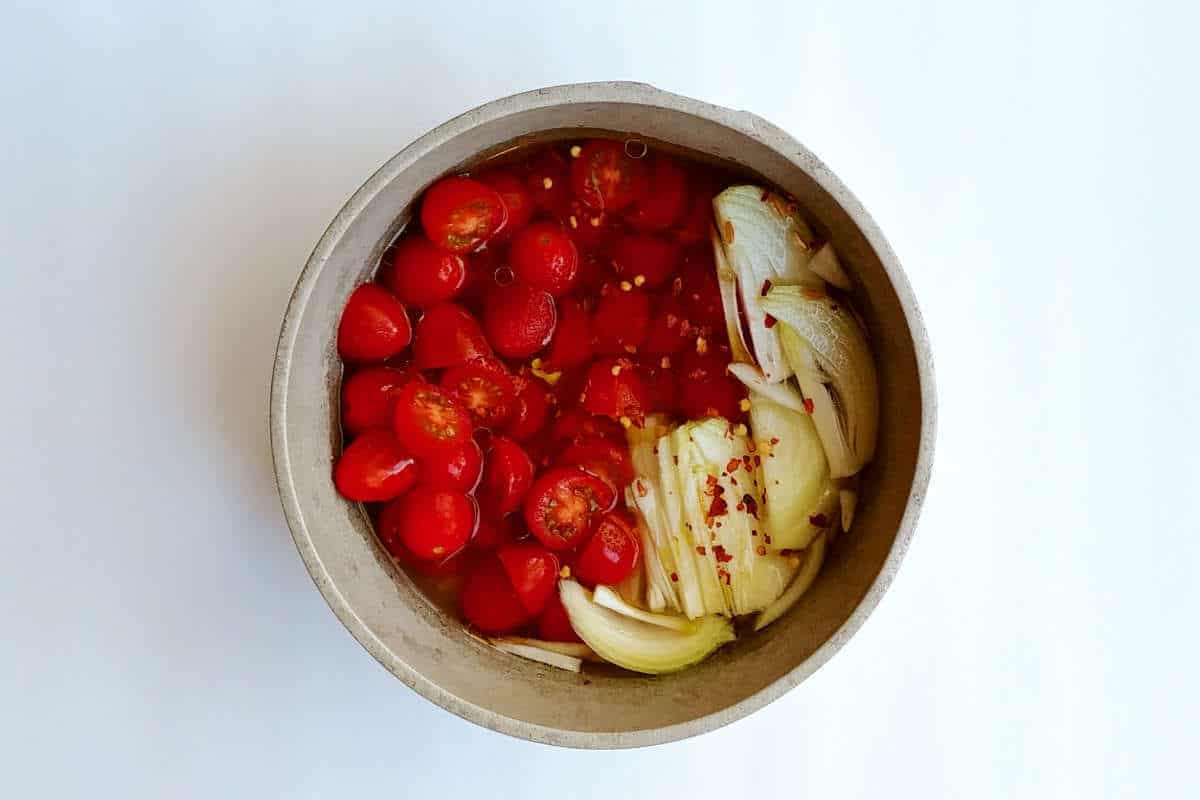 I've made this farro with tomatoes (originally from Smitten Kitchen) several times already since I first tried it. It's easy enough to do with a toddler playing at your feet, or sitting on the counter watching you. It's ready after 30 minutes of hands-off cooking. It smells amazing by the time it's done, more amazing than you think anything with this few ingredients can be.

Ingredients - it works with barley and wheat berries as well, although you will need additional cooking time - cook it for as long as your package of grain says you need. (Wheat berries do not become as soft as the farro does).

Use cherry or grape tomatoes here. The one time I tried regular tomatoes, the dish was not very flavorful. 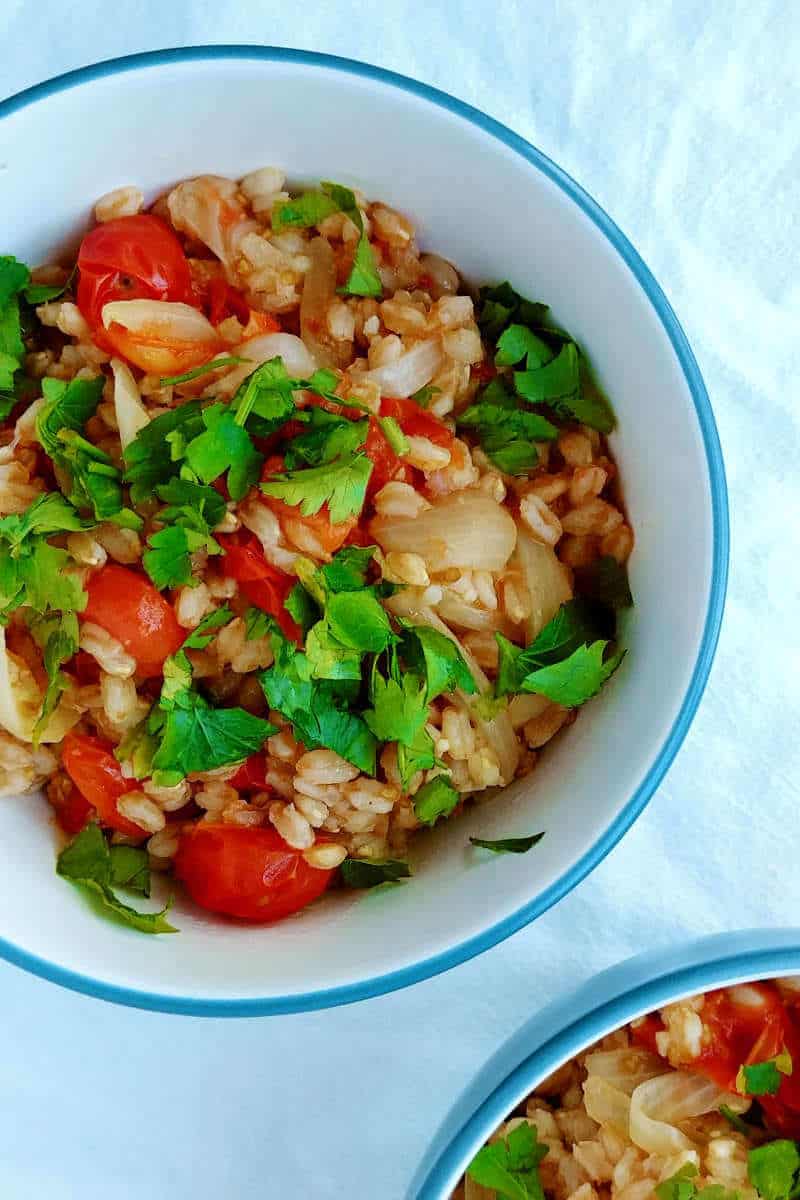 This will serve two and a toddler as a vegetarian meal, or more as a side dish.

One-Pan Farro with Tomatoes is hands-off after it comes to a boil. A delicious, easy, and healthy meal for two that happens to be vegan!

Cooking time may vary depending on how long your farro says it will take to cook.