So far, January cooking is going well. I tried out my mom's meatball recipe (would you believe I haven't made plain meatballs before?) and it turned out well.

For my second Cook90 dinner, I made this Chicken Enchilada Soup in the slow cooker. It's super-cold in New Jersey - we've been stuck at a high of 20 degrees since I got back from traveling for Christmas. I should be baking or braising or otherwise using my oven (I did that today, so it's warm inside), but I've looked forward to making this soup since I saw the recipe. I knew I would make it as soon as I started cooking new recipes again.

I can't resist such a simple slow cooker recipe.

It's one of my favorite kinds, where you just toss all ingredients in a slow cooker and cook until done - just like my chicken chili. I don't have enough recipes like that. For this one, I just cut up an onion, tossed it into a slow cooker with spices, chicken, enchilada sauce (which I've never before bought, honestly), broth, and cornmeal. Once it was done, I shredded up the chicken, stirred the soup, and topped it with crushed tortilla chips and cilantro. The original recipe topped it mango, cheese, and avocado, which I'm sure would be good too. 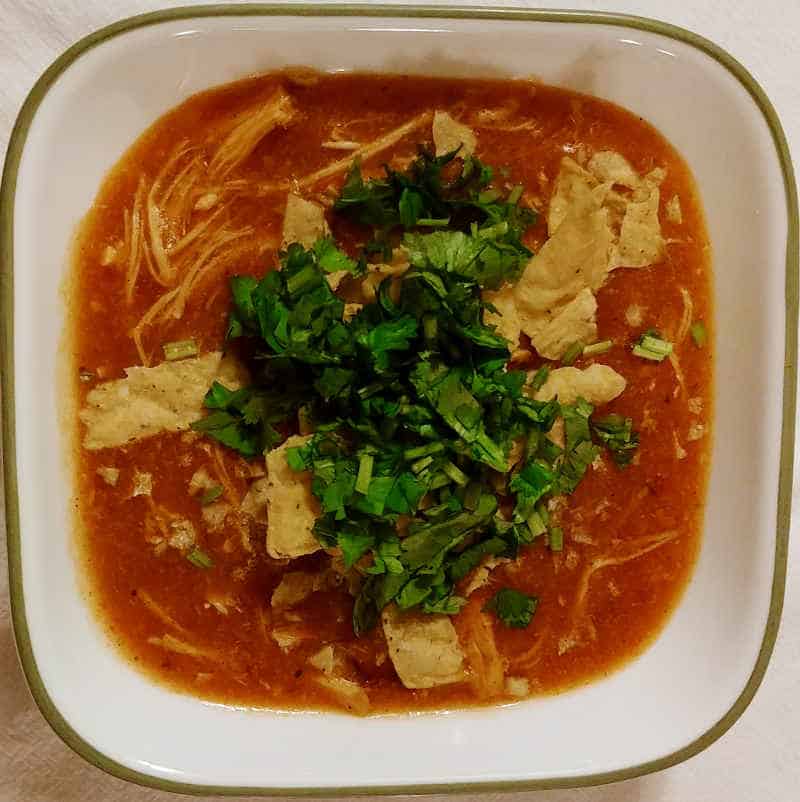 The soup was originally called a Chipotle Chicken Tamale Chili. When I made it, though, the taste of the enchilada sauce really stood out. The original recipe says that the soup is like a cross between tamales and a tortilla soup, and I think that's about right. It's a delicious light soup on its own, but thickened with cornmeal. I think the tamale-like flavor depends on the quality of your cornmeal. I've had mine for a little while, and it's finely ground and inexpensive - so maybe not too flavorful. I think a masa-like cornmeal would work well here.

This soup was only a little spicy - just the right level for us. If you like spicier, try a chipotle chile powder instead of ancho, or add more chipotles.  If I wanted to bulk up the soup without just adding lots of tortilla chips, I would probably add corn, or perhaps some beans. Topping this with avocado would be a nice contrast.

Overall, I'm pretty happy with the soup, and look forward to making it again.

One Year Ago: Smoky Cashew Dip (still an all-time favorite!) 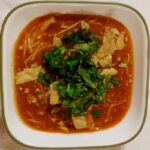 You can make this vegetarian by omitting the chicken and using 8 ounces dried black beans and 3 ½ cups water in the slow cooker.