Bread, Week 6: My friend sent me this recipe for maple donuts that happened to be both vegan and gluten-free. I decided I had to make them, and immediately ordered myself two donut pans.

I looked at my bread manifesto, and I didn't specify anything about donuts. They're similar to muffins, but I've never made baked donuts. Since I was going to make them anyway, and I had some other cooking plans for the weekend, and I have a lingering cold, I posed the question to my friends: are donuts bread? They said yes, so these donuts have become bread for this week. You all go along with what your friends say too, right? 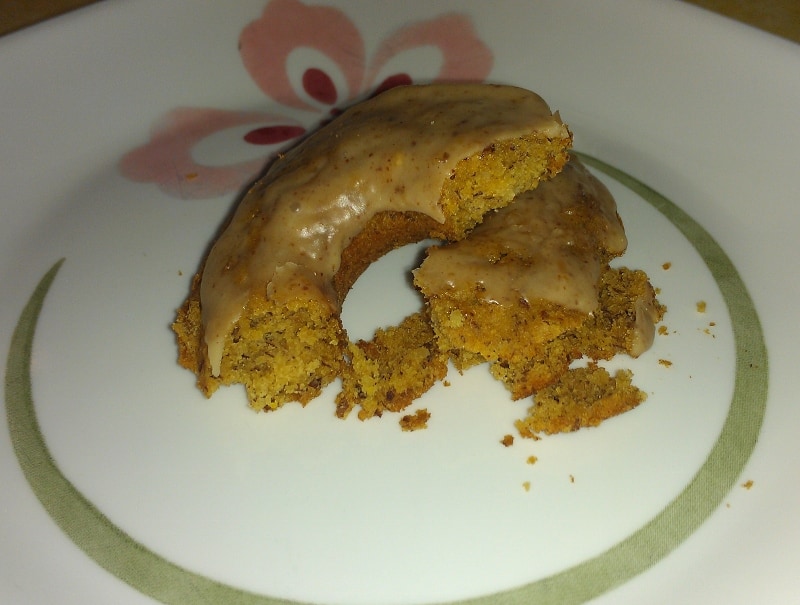 I really enjoyed these donuts. They were very tasty without glaze, but were even better with it. That said, I'm glad I halved the glaze amount, because it would have been overwhelming for me otherwise. The donuts were very moist and tender -  too tender, in fact, to flip to dip in the glaze. I cracked a few of them just when I tried to lift them, and a few of the intact ones broke when I tried to tip them back out of the icing. No real hardship there, though - just drizzle the icing on! Maple is a hard flavor for me to tease out, but I think I could taste it. The almond meal and ground coconut that I used in the donuts gave them a little texture. I enjoyed the almond butter in the icing.

I really enjoyed these donuts, and will definitely make them again if I wanted donuts and had the ingredients in the house. 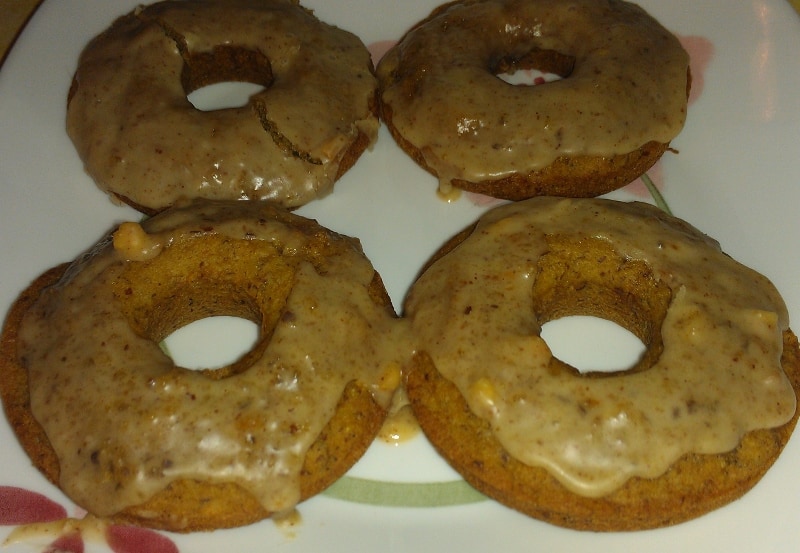 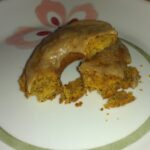