It's been a few months since I last wrote about a cocktail. Alex and I have found a new one to share with you - this delicious Whiskey Sherry Cocktail. Just in time for National Cocktail Day!

Last summer, on a rare occasion that we went up to Philadelphia (and without Amelia to boot), I had a delicious cocktail that had whiskey and sherry. I should have snapped a picture of the ingredients list, but alas, I did not. So I spent the next few months, off and on, searching for cocktail recipes that involved whiskey or bourbon and sherry. We drink and enjoy bourbon in particular and cocktails in general, but I'm no mixologist; I wasn't going to just try to cobble a drink recipe together.

Recently I finally found a cocktail to try. This cocktail is lightly sweetened and slightly nutty, and definitely delicious.

I've adapted this cocktail lightly from Smoke Signals, which is this drink poured over smoked ice. I thought smoked ice was interesting in theory, but smoke is for barbecue, not drinks, in the Konkel household.

This cocktail has whiskey, sherry, a little lemon juice, and a pecan-flavored simple syrup. The pecan simple syrup adds a slightly nutty flavor that compliments the sherry and whiskey, and is easy to make; the recipe for the syrup will yield enough for several drinks, and it smells wonderful as you make it. (Afterward, you can eat candied pecans!) However, if you don't want to make pecan syrup, you can use regular simple syrup (we have; still delicious), or honey (which can freeze up in cold liquid, so shake first, then add ice to the shaker), or sugar (I'd start with 1 tablespoon sugar, rather than 3 tablespoons simple syrup). I bet maple syrup would be an easy swap too, though it would impart a slightly different flavor.

I've made this cocktail with both bourbon and rye whiskey; both are delicious. If you're used to drinking dry (unsweetened) drinks, you might find this kind of sweet - but not so sweet that you can't tell you're drinking alcohol. I tried to cut back on the syrup once (too tart) and on the lemon juice (too unbalanced), so I've kept the proportions the same as in the original. 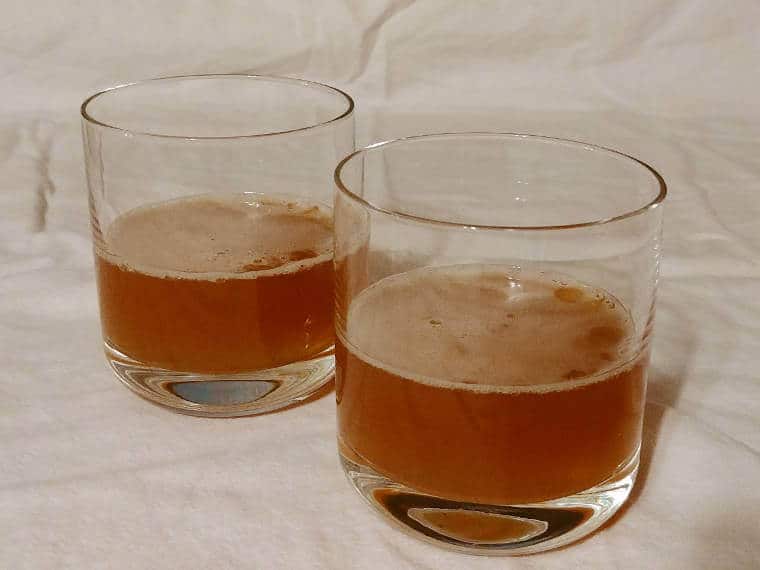 You taste the sherry in this cocktail but it isn't overpowering; if you don't like sherry, however, this cocktail isn't for you. I used an Amontillado, which is a medium sherry, brown in color. My original backup would have been a Manzanilla sherry, which would be a little lighter. But, now I think I would try an Oloroso, which is darker. However, I haven't tried either in this cocktail. Sherry is a fortified wine, with an alcohol content only slightly higher than wine; leftovers will need to be corked and stored in the refrigerator and consumed within a few weeks. (We didn't have an issue with that, since we enjoyed this cocktail!) 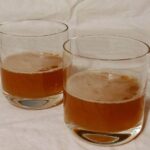 This delicious cocktail is nutty and slightly sweet, without being dessert.

If you'd rather make two rather strong drinks, use: 3.75 ounces whiskey, 2.25 ounces sherry, .75 ounces lemon juice, and 2.25 ounces syrup. Serve with a large ice cube. And then don't plan on drinking anything else.

Store leftover sherry corked in the refrigerator. Use within a few weeks.