When discussing my plans for Bread Week 29 with my husband, he reminded me that I made monkey bread once upon a time.

I hadn't exactly forgotten, but it wasn't something that had come to mind within the past 7 months. I'd made this monkey bread recipe from Cooking Light, but since I like trying new recipes, I thought I'd try to find a different recipe to make. Faced with multiple sticks of butter and caramel sauces, though, I decided to revisit the same recipe I'd made years ago, with whole wheat flour, minimal butter, and a not-overwhelming amount of sugar.

I was thrilled to have a monkey bread recipe that didn't involved canned biscuit dough. Less exciting was the time it took. If you want fast, the traditional canned biscuit dough is definitely the way to go. This dough had to rise, you had to divide it and dip it in cinnamon sugar, and then let it rise again - and then bake it! When I first made this in 2011, I knew there was no way I was going to be able to make this for breakfast. I couldn't wake up early enough on the weekends to make scones for breakfast, and those I could make quickly.

What was the next best thing? Monkey bread at 10pm instead of 10am! I decided it would be a great evening snack, and I timed it so it would be ready when Alex got home from a basketball game. I thought his game was earlier than it was - that we would have monkey bread at 8:30pm or so instead of later.

When I made this again for Bread Week 29, I planned to make this bread for breakfast on a weekend morning, so I made the dough the evening before and stashed it in the fridge immediately so it could have a slow overnight rise. I ended up sleeping in until noon (oops!), so breakfast turned into a late afternoon snack. The bread still turned out perfectly. 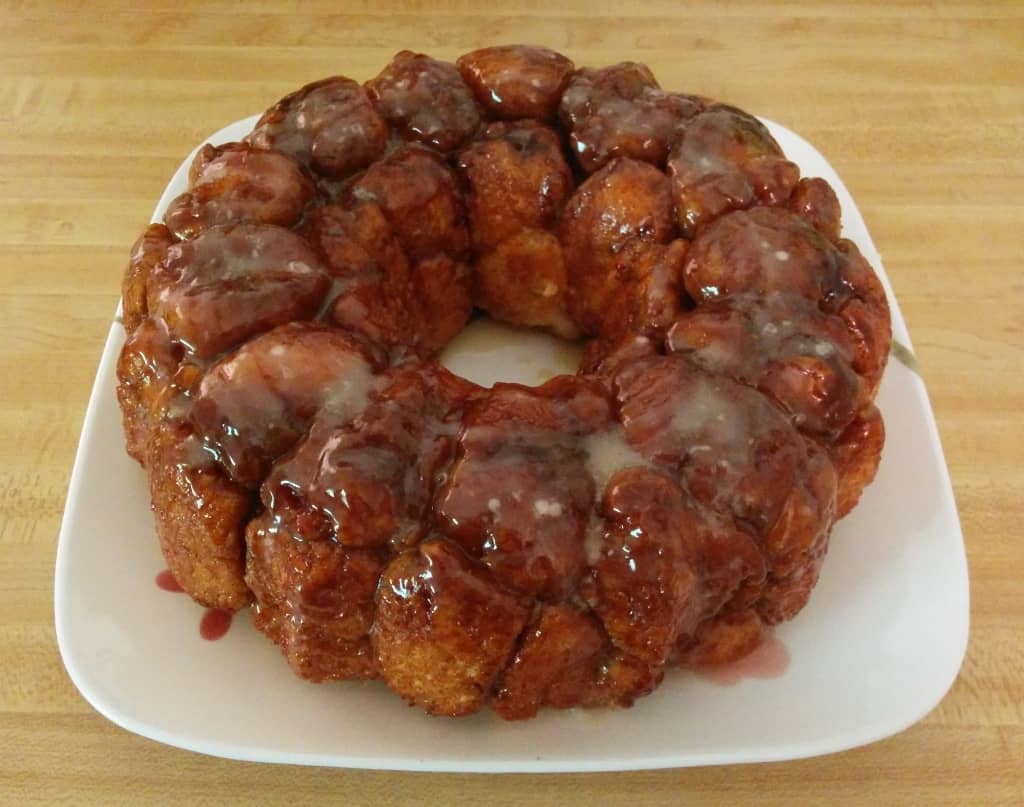 This monkey bread recipe still did not disappoint. It was delicious! The bread was soft and billowy fresh from the oven. It pulled apart easily. The texture was soft and chewy, exactly what I would have expected. It was pretty sweet overall, but not so sweet that I couldn't eat more of it than I should have. It had the right amount of cinnamon and of glaze as it was written.

I could taste the whole wheat flour a little when it was cold, but didn't notice a bit when it was warm. When I made this in 2011 when I didn't have ingredients for the glaze, I noted that pieces without glaze or extra goo (like center pieces) were a little dry, so don't skimp on the glaze.

Monkey bread is best on the day it is baked. Certainly reheat leftovers if you have them, rather than eat them cold.

This is definitely a recipe worth remaking.

One Year Ago: Strawberry Coffee Cake 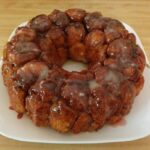 Monkey bread, made from scratch! This delicious homemade monkey bread includes whole wheat flour, but is still soft and tender! No cans of biscuits needed.