I don't make single-vegetable soups very often. I've eaten enough boring ones to be indifferent. I like a little more texture in my soup than you usually get from a pureed or cream soup. I like my soup to be hearty; I don't want a light appetizer soup at home. However, I can always come up with counterexamples of tasty or hearty ones.

I've made this Miso-Carrot Soup from Smitten Kitchen twice now, so it's clearly one of the good ones. It's simple and uncomplicated to make, and you feel healthy once you're finished eating. Plus, this soup is hearty enough that you don't feel like you still need dinner when you're done eating it. 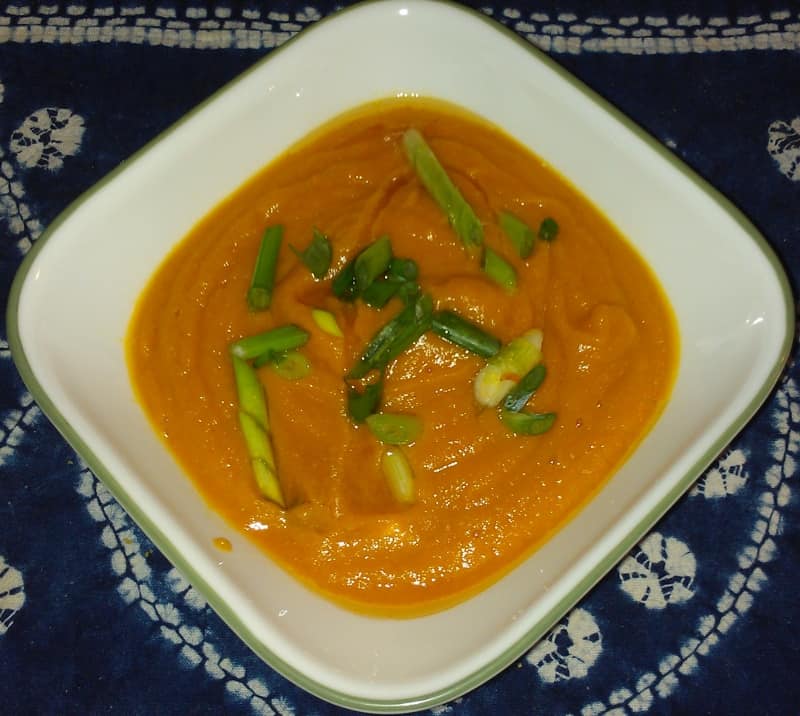 This was a simple, tasty soup, carroty with mild saltiness from the miso and a hint of heat from the ginger. It was less salty (and better) when I used water instead of vegetable broth as the original called for. The scallions added a nice crunch. I was heavy-handed with the sesame oil the first time I made it and omitted it the second time; I liked it both with and without it. I think sesame seeds (or sesame crackers!) would be a nice addition, too.