During my first year of recipes, I made a St. Louis Gooey Butter Cake and promised myself that I would make another one some time. The baking time given in the recipe I made several years ago was far too long, so the cake turned out tasty but far less gooey than it should have been.

This year I decided to finally make it again. I wanted to make one for my friend Jen for her birthday. As a bonus, I could count it for bread for Bread Week 34 since it took yeast. 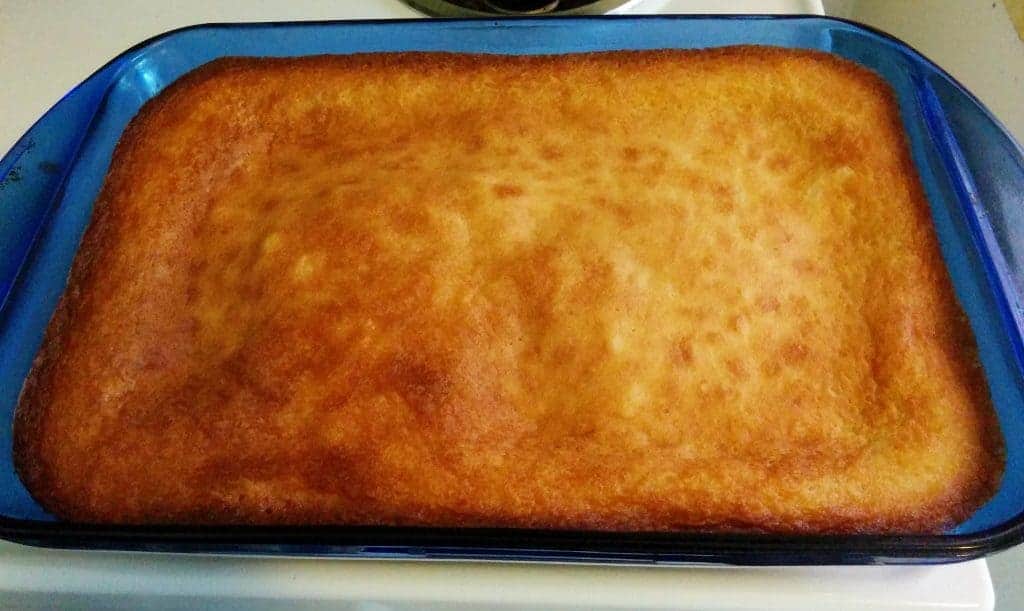 The gooey butter cake was pretty tasty. With only 30 minutes of baking time, the topping was definitely much more gooey than several years ago. Flavor is... sweet. Mainly vanilla. The cake part itself was a little dry, and I'm not sure how to fix that. Less rising time, or more butter or more sugar, perhaps? In any case, the cake layer isn't very exciting if you don't have it with the goo. I personally preferred the edge pieces as they set up the best, but Alex thought the center pieces had more goo since I made the edges of the cake slope up. The cake won't last very long, and not just because you'll eat it quickly. It can't be any more gooey than it is on the day you first make/serve it, so the cake will begin to dry out. Plan to eat it within the first few days after you make it.

I've compared this to lemon bars without the lemon flavor before, and I think that comparison still stands. It's definitely a dessert worth trying. 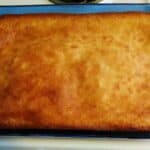 St. Louis Gooey Butter Cake is a regional dessert from the Midwest. It's a delicious crust topped with goo, a little like a lemon bar without lemon.

This recipe is adapted from an Old St. Louis Bakery recipe in the St. Louis Post-Dispatch.